Agile Fleet recently welcomed two new senior fleet management software engineers to our team, Tim Abbs and Kepner Ceballos. Kepner arrived with nine years of data security expertise in the healthcare segment. Before healthcare, he developed software systems for the retail industry. Tim came to us with a background in tech development in the property and casualty insurance industry. The need to hire additional software engineers was borne by Agile Fleet's growing user population due to FleetCommander’s value in helping fleets contract and expand in response to COVID.

Kepner's nine years as endpoint and database security lead with Molina Healthcare was a significant launchpad to the work he now does with Agile Fleet. Kepner says it laid the groundwork and for his commitment to excellence in security processes. From the endpoint security perspective, Kepner led a team responsible for laptops, servers, and similar equipment. “From the security side, we were responsible for whether encryption and antivirus integrations were enabled,” Kepner says. “This led to working with the database security side of things, ensuring encryption, performing entitlement reviews, and vetting the people who have access to the databases.”

With over 20 years in the software industry (starting with prepping technology for the Year 2000 (Y2K) rollover) Tim has seen in real-time how far development framework systems have evolved. His previous work touched upon fleet, specifically the insurance and driver monitoring side of long-haul tractor fleets, but Tim saw more than that common ground to be had from joining Agile Fleet. Despite being smaller than his previous teams, Agile Fleet's cooperative, team-oriented environment drew him in.

Tim says, "Throughout the hiring process, I realized the Agile Fleet team was a very tight-knit group, with a lot of collaboration and productivity among employees across the company. That was very intriguing to me."

Both gentlemen see FleetCommander as a robust tool for fleet utilization and administration and look forward to adding their experience to growing the system with the increasing advancements of information technology.

More than the capabilities of the tech, Kepner sees a strong commitment to problem-solving within Agile Fleet's staff. He says, "I was impressed by the fact that the people who work for Agile are more interested in getting things done than just talking things through constantly."

Kepner notes that a FleetCommander implementation tends to be direct and speedy, as opposed to the more common lengthy rollouts. "Normally in a big enterprise, there's some time to discuss the decision, roughly six weeks to talk about the process of doing the implementation, and yet another six weeks to actually roll it out. I've seen our team expedite things and get FleetCommander up and running in a week."

"When I first reviewed the FleetCommander application, it seemed fairly straightforward and uncomplicated," Tim says. "As I continued to get exposed to the system, I quickly realized it is a very large, complex system with data points coming in and moving out constantly. I realized there are a lot of 'moving parts' involved with it."

Kepner adds, "With FleetCommander, the goal is to be as user-friendly as possible without compromising the work going on behind the scenes. The developers have made it as easy as possible for the user so that they will only click 2-or-3 times and then, boom: that's it. It's doing what you want it to do. But, in the back end there are so many things that have happened that reflect so much effort and time. For the user, it's a few keystrokes."

"Knowing all the inner workings that aren’t visible to the user," Tim adds, "you can see the layers of customization that can be applied to it. The potential that's waiting for the client is invaluable. A customer can start off small, just for reservations with a keybox at a single location that has a minimal number of keys. Then they can add additional sites and add on additional key boxes and key control. The scalability is great!" 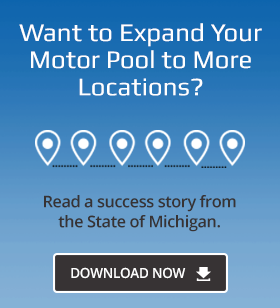